I had thought we were going to enter the park yesterday, near Glennallen, but we ended up coming to McCarthy, some 120 miles out of the way, because it's the best place to get into the wilderness.  For all the hassle, it's already been worth it.  We met some friendly, welcoming people yesterday: Danny, Robin, Glenn, Tom, and Ted, who are spending their free time in Chitina, right outside the park, to help Tom build a cabin there.  Cribbage, Oreos, showers, and the softest, most comfortable lawn we have ever slept on.  Fantastic!

We had decided the night before to hitchhike the McCarthy Road, one of the two roads in this 13-million acre wilderness, rather than take the full day to ride it, but the meager flow of traffic made it tough. 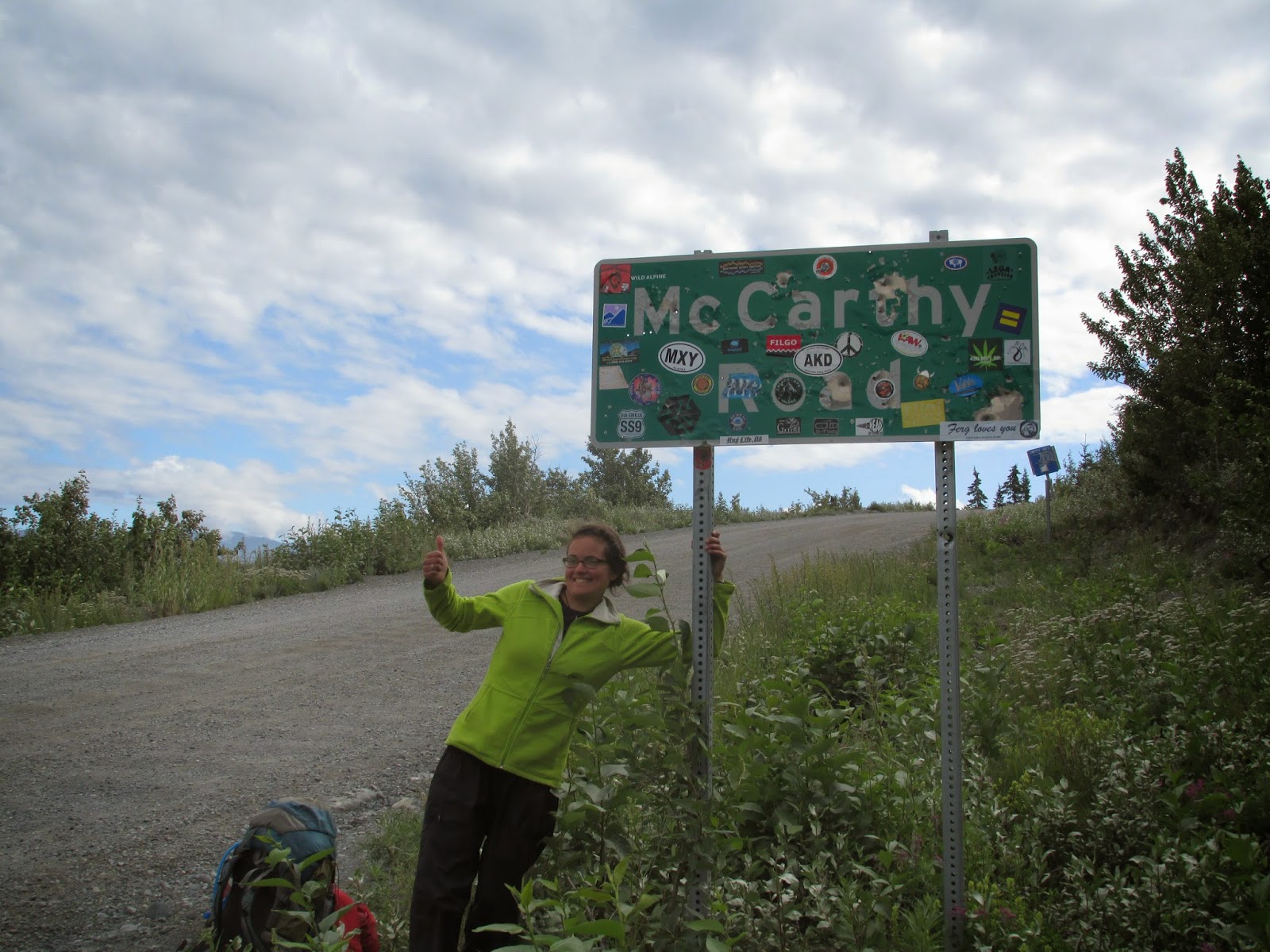 After about three hours and maybe six cars having passed, a nice couple picked us up and brought us along to the road's end at the tiny village of McCarthy (pop. 40 or so).  There is a lot of copper mining history around McCarthy and Kennecott, the only other town in the region, but as I'm typing on a phone, I won't delve into that.  Google it.  It's interesting.
With the help of Kennicott Wilderness Guides, we planned a five-day stay in the park.  The next four days will be for glacier and mountain exploration (we rented crampons), and on Monday we will be going packrafting!  It will be very different from our previous two trips in Alaska, and to say we are excited is an understatement. 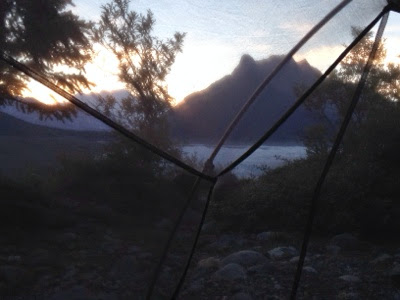 The view from our front door!  Glaciers, mountains, and a clear sky with a setting sun.  Life is good.  And somehow there's superb cell service too.
Posted by Danny at 12:14 AM