We hike into Toklat station and hop on the first bus of the day headed west.  Our driver smokes at each rest stop and has a deep, raspy voice that is both nice to listen to and hard to understand.  We wind through mountains, valleys, and meadows similar to those we hiked through.  We pass the place we saw the grizzly, and we can see the pass we hiked over.  As we head west, things open up, and we follow wide river valleys.  We stop at the Eielson Visitor Center, which is beautifully and sustainably designed.  Here we are able to get water, as well as clarification on some of the tracks we saw.  There is a large model of Mt McKinley and routes people have climbed, as well as how it was formed by glaciers.  There is also a wealth of information on the wildlife and flowers in the park.  Continuing on down the road, we see open meadows with small lakes, and to our left, the giant mountains.  We can see the lower snowy ridgeline, and far above, a ridge of Mt McKinley pokes through the clouds.  It looks unreal somehow, like it's just floating in the air.  Wonder Lake is unmistakable.  It's the biggest lake we've seen yet, and quite beautiful.  We walk around for a bit, enjoying the patchy sun, then catch the bus back.  As we ride, it starts to rain again. 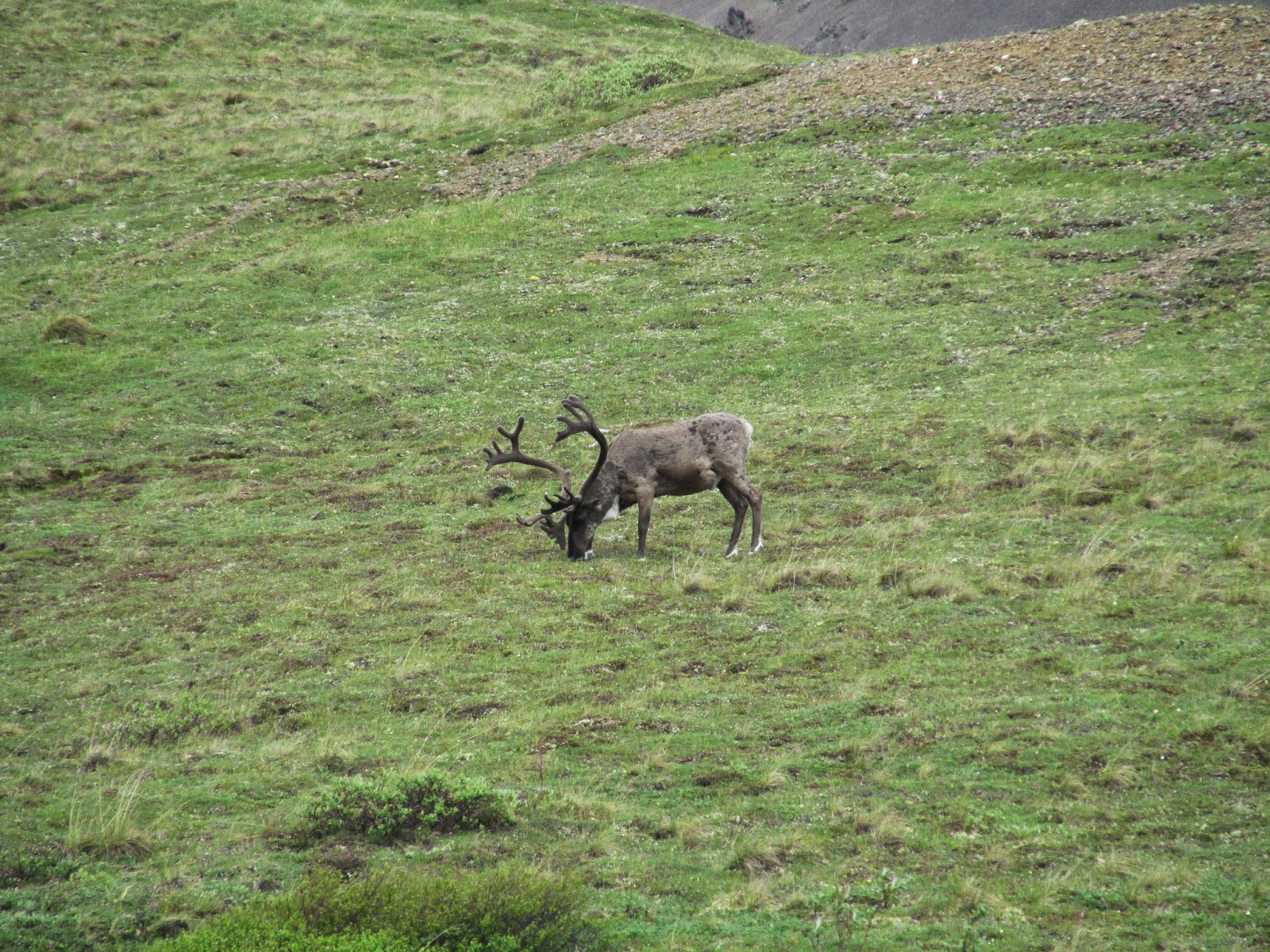 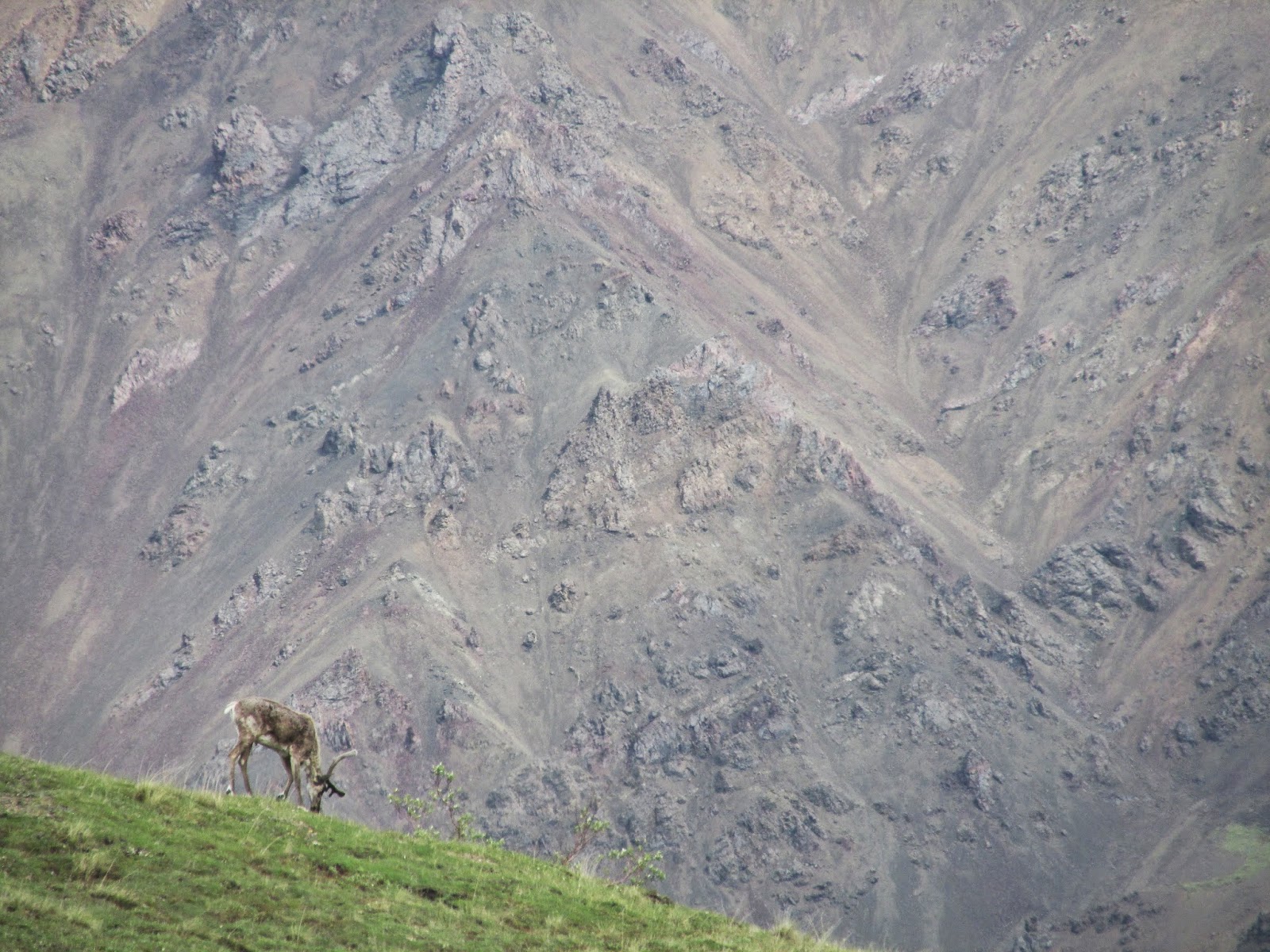 On the bus, we see: many herds of caribou, including at least five bulls with huge, furry antlers, three grizzly bears, Dall Sheep grazing high on green slopes, two golden eagles, and one short-eared owl.  We discuss our grizzly bear sightings.  On one hand, it is nice to observe them and get a chance to watch their behavior safely from the bus.  On the other hand, it's not as special or as memorable as meeting such an amazing creature on their own terms.  On the bus ride back, we stop to pick up five wet backpackers.  They sit in the back with us, with all their gear.  Turns out they're the same group we saw while getting our backcountry permit, and they followed almost the same route as we did in units 8-10, except in reverse.  They are fun, friendly, adventurous people from all over, who somehow got to know each other through various connections.  We spend the ride back talking to them and moving all our gear when our bus breaks down.  Later on, we join them for a fabulous pizza dinner at the Prospector.  Thanks again to Brandon, Marco, Martin, Karen, and Chris for the wonderful stories, good times, and generosity.
Posted by Tamara at 2:18 PM