Our last night in Mexico was also one of our best of the entire trip.  After enjoying the day biking, resting, and hanging out with our host family, we had the pleasure of sharing Tam's birthday with a whole bunch of new friends from around town and the cycling club in Las Margaritas, TzejeBike.  We sang songs and ate pizza, Tam took a bite straight out of the cake, and there were even gifts!  On our new cycling shirts, we will from here on out display proudly the TzejeBike name and logo.  Tam also received a beautiful amber bracelet and a dressy shirt.  Later in the evening, Luis brought out a guitar and I played some favorites.  No one knew the songs but us, but Wagon Wheel is catchy in any language! 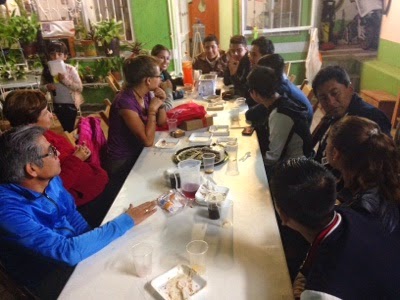 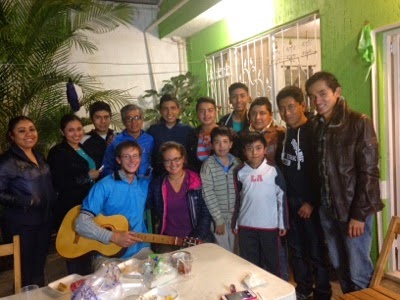 Many, many thanks to Luis, Mario, Carla, the whole family, and everyone else who joined us for an unforgettable experience in Las Margaritas!
The day's ride took us down into a big valley, and then past Ciudad Cuahtemoc, which is really nothing more than a tiny village, up into the border zone. 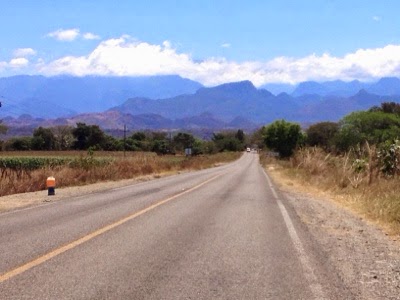 The approach to Guatemala
The Mexican immigration office is in Cuahtemoc, the Guatemalan office four kilometers away across the border in La Mesilla.  "Town" is too nice a word for La Mesilla; it's just shop after shop along both sides of the road selling food, shoes, phones, and just about everything else.  The border itself, the reason for the "town," is less than imposing: it's just an open gate.  People were walking through both ways without so much as a pause, and we joined the crowd and crossed the border.  Confused, and wanting to enter as legally and officially as possible, we sought out the building marked "immigration."  Keep in mind that this building is just one of the hundreds on the side of the road, and that there are no big signs, or even little signs, telling you where you need to go.  You really have to work to enter Guatemala legally at La Mesilla.  Once inside, though, a guy flipped through my passport, scrawled a barely legible "90" to signify that I had 90 days, then asked for 20 pesos (~US$1.40).  It took less than two minutes.  Tam's experience was even easier (they failed to ask her for the 20 pesos), and we figured we must be missing something.  So we went to customs, again voluntarily, and they took one look at our bikes and waved us through.  Okay, then.  We did fail to get an exit stamp from Mexico, but I'm not too concerned about that.
With the arduous border procedures taken care of, we found a hotel there for 50 quetzales (~US$8) and settled in for the night.  Later, two fellow travelers, Danny and Ibrahim, from Mexico and The Netherlands, came to hang out, and we enjoyed talking with them late into the night.
Our next day's ride to Huehuetenango (way-way for short) started with a huge uphill, and it just kept going up following a beautiful river.  Through canyons with steep narrow walls and into the mountain highlands we went, adjusting to Guatemala as we went.  New currency, new dialect, new culinary customs, it was a lot like Mexico but also very different. 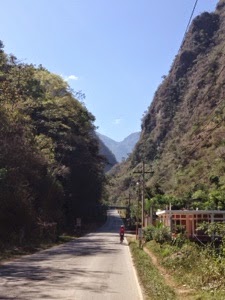 At one point when the canyon was extremely narrow, a motorcycle passed us, and we saw its two riders, late teenage males, again around the next curve, a few hundred feet away, stopped on the side of the road.  There was no one else around and little traffic.  It sounds benign, as we see cars and motorcycles and trucks stopped on the side of the road all the time, but this was different.  Tam and I both had a horrible gut feeling that they were waiting for us.  We stopped and watched as they beckoned to someone we couldn't see around the corner.  Another guy came into view, an older guy with a machete (again not cause for alarm in itself, as everyone has a machete, but still).  We watched some more and tried to look nonchalant; they looked back at us and also tried to look nonchalant.  After a few minutes of this, a pickup truck with about twenty people in the back came along, and we decided to act.  We rode way out in the road so the truck would have to slow and stay behind us.  We biked by the three guys, smiling and saying buenos días, then continued on our way.  We didn't see the guys again, and I hope we were wrong about their intentions.
For the rest of the day, little concrete and wooden huts lined the road on both sides wherever there weren't sheer walls.  Most of the inhabitants of the area are Mam Maya and speak Spanish as a second language, but they all, from the littlest kids up, know the word gringo.  Here's a typical conversation we might have with someone we're biking by:
Us: "Hola, buenas tardes!" (Good afternoon)
Them: "Gringo gringo gringo!"
I kid you not.  It got pretty old after awhile, being judged solely by our skin color.  For all they know, we could be from Latvia.
We arrived exhausted in Huehuetenango, immediately got some of the ubiquitous Guatemalan snack "chocofruta," which is fruit dipped in chocolate, and headed to meet up with Rolando, a guy we had met the night before in La Mesilla.  We enjoyed a typical Guatemalan dinner at his restaurant, the most flavorful and delicious meal I've had in awhile, then got a cheap but comfortable hotel in Huehuetenango. 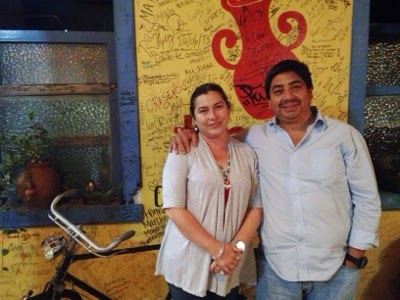 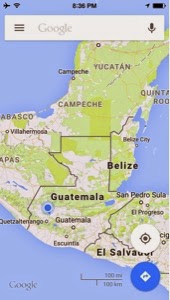 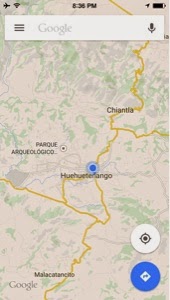 From Huehuetenango we're going to head east towards San Cristobal Verapaz and Coban rather than south on the Pan-American Highway towards Lake Atitlán. 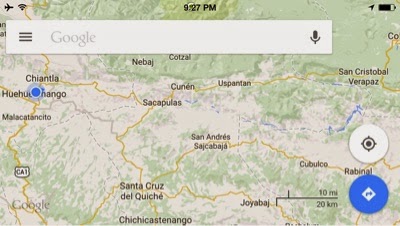