We had a great week with Tam's parents in the backyard of Corcovado National Park.  Thanks for treating us to such a wonderful vacation!  Here are some photos from our time there, all taken by Andie and Michel: 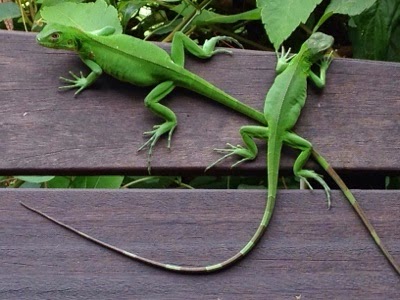 Iguanas on the deck 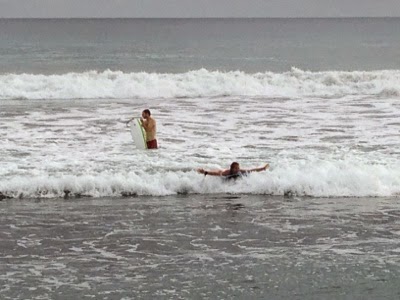 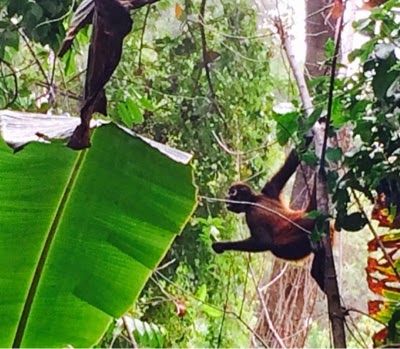 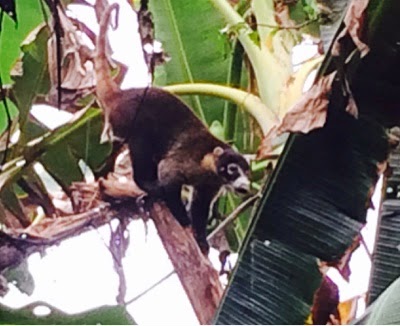 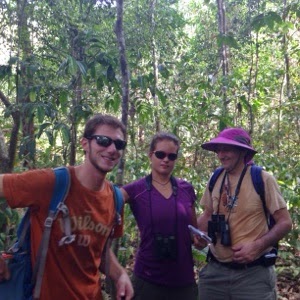 Going for a hike 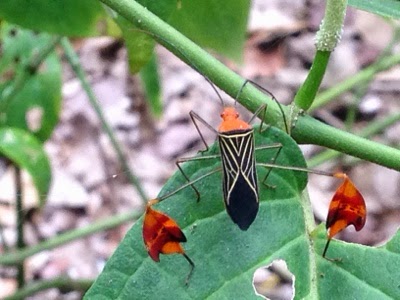 Some kind of flag bug. Look closely; those red spots are part of its legs.
And, on our last night, a beautiful sunset, a rainbow, and a rare glimpse of the endangered, nocturnal Baird's Tapir! 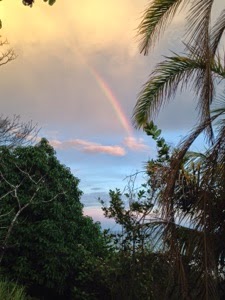 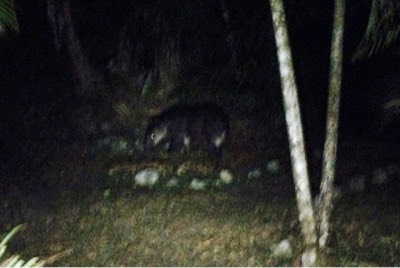 After taking another day in Puerto Jimenez to see off Michel and Andie and organize our stuff, we hit the road early the next morning.  The sun kept getting hotter and the hills steeper until an early afternoon downpour cooled things off.  Nothing much of note happened after that, except for a hilarious phone call with our friend Gus, and we find ourselves now in the little town of Rio Claro.  Panama tomorrow! 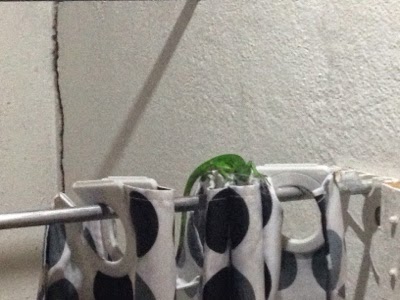 There was (still is, as I'm writing this) an iguana in the shower!
Posted by Danny at 6:40 PM