We Get Adopted, August 19

Exciting happenings in the world of bike touring east on the Yellowhead Hwy today: TAILWIND!  We did about 15 miles in our first hour, a feat considering the many rolling hills.  More rolling hills took us through the towns of Fraser Lake and Fort Fraser, where we stopped for lunch on a shady side road.  Anything to get out of the inexorable sun!  Because of the unusually hot, dry weather this summer in BC (in contrast to the record-breaking rains in Alaska), there was a forest fire burning nearby, and we could smell it in the air.  In fact, the road had been closed just a few days before.

I took a short post-lunch nap in the shade while Tam caught up on her journal, then we hit the road again. 20 more miles to Vanderhoof.  The wind was still blowing, so we got there in no time. 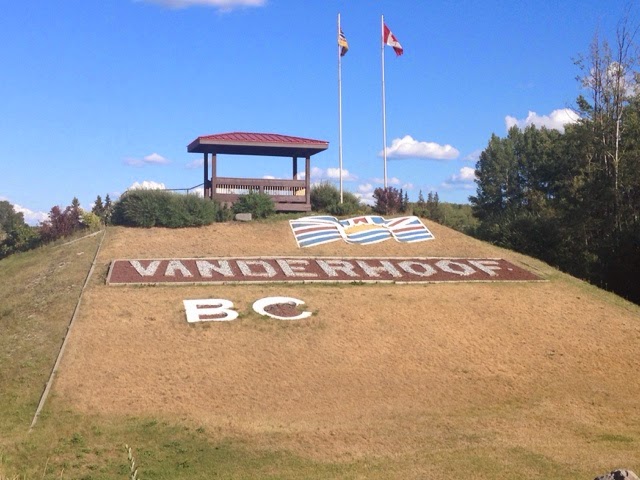 While waiting for the light to change, a guy came over and asked us the usual questions: how far are you going, where did you start, where will you stay tonight, etc.  We talked with the guy for a minute then went to the bakery, thinking nothing of the encounter.  But just a few minutes later, in walked the guy we had talked to.  Small town.  In fact, he had driven home then returned to find us and invite us to his place for the night!
On the way out to Pierre's place, a different guy stopped a little ways down the road from us then beckoned for us to stop, too.  He was the husband of the only warmshowers host in the area, whom we had emailed but was out of town, and when he saw us asked if we had somewhere to stay for the night.  We couldn't believe the hospitality of the people in this tiny, unassuming town!
We arrived a few minutes later at the home of Pierre and April (after seeing Pierre again on the road- he drove back out to make sure we weren't lost).  They live next to a bird sanctuary! 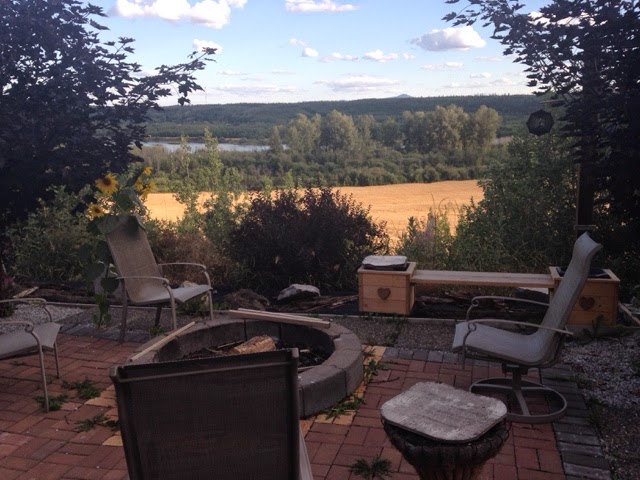 Pierre retired recently from his job and took a few years to build a boat, and he is setting off next week to bike to Key West.  He is a boat builder, bike tourer, birdwatcher, ironman triathlete, and still very humble about it all.  And he makes a mean cheesecake!  I spent less time talking with April, as she arrived later, but she, like Pierre, could not have been more kind and welcoming.  We also hung out with Mike and Jen, two old friends of Pierre and April who are touring around in their RV.  Tam cooked up polenta burgers with beans, and I had fun sharing pictures and stories with Mike and Pierre.  Then showers, then bed. 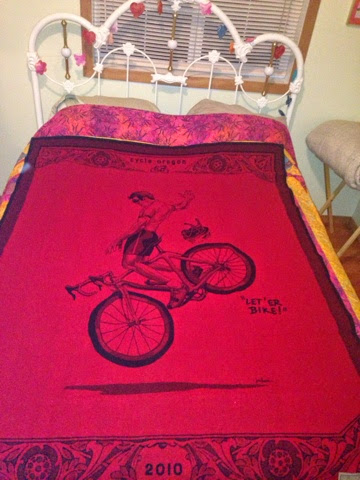