Back on the Bikes

We are so lucky.  A few hours after beginning our efforts to hitchhike out of McCarthy and Wrangell-St. Elias, we were picked up by some really nice folks, Janet and Jim.  They and their friends Dan and Nanette, who were following in a car behind J&J's RV, had stayed almost two weeks in Kennecott at a friend's cabin.  We very much enjoyed discussing Alaska, wildlife, and all kinds of other things with them, and had they only dropped us off in Chitina, at the end of the McCarthy road, it would have been enough.  But they agreed to take us all the way to Glennallen!  We wouldn't have to backtrack at all!  This was especially exciting because the Edgerton Highway from Chitina back to the main highway, the Richardson, is pretty much all uphill.  We couldn't believe our good fortune, that these generous folks were willing to take us, and that our bikes could just fit into the RV with all the wheels removed.  Somehow it gets better.  We all stopped for lunch at Liberty Falls, a roaring slide surrounded by a cool spray and clear turquoise pools. 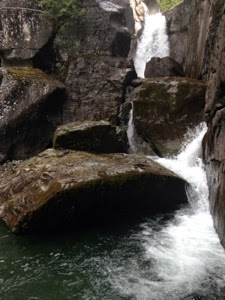 It turns out that Nanette and Dan are from Decatur and Roswell, right near where I grew up in Sandy Springs!  Nanette also taught at a summer camp that I attended when I was very young; I don't remember much, unfortunately, but it sure is a small world.  She's also a bird bander, something I dabbled in briefly, and makes incredible jewelry from repurposed bike parts.  Did I mention Dan and Nanette are both cyclists, too?  I had bought some chainlink earrings a little while ago for Tam, but she had tragically lost one of them to the black hole under the passenger seat in her car.  When I mentioned this to Nanette, as well as my intention to get Tam new ones at some point, she brought out her stash and gave Tam a beautiful necklace! 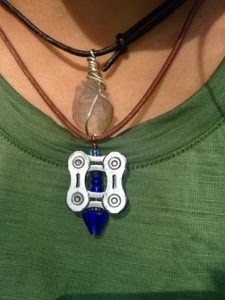 Very cool people indeed.  Friendly, generous, kind... the world would be better off with more like these four (including Nanette, even though she's taking the picture). 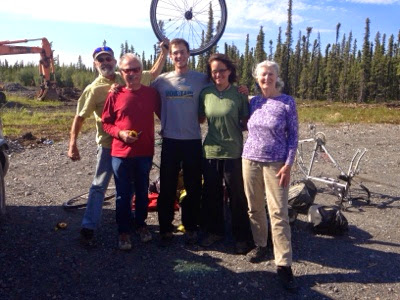 After transitioning our gear back to our bikes and putting the bikes back together, we had some awesome Thai food from a little place that was recommended to us by Spencer, the guy we went packrafting with.  The restaurant was in a bus.  In the past few days, we have ordered pizza, fries, and now Thai food from vehicles, and all of it was extraordinarily scrumptious.  We rode about 15 miles out of town, passing our first sign for Canada (213 miles!) and me getting the first flat of the trip from a staple-like piece of metal in my tire.  We're camped right now at a scenic overlook above the Copper River with Mts. Sanford and Blackburn, both over 16,000 feet, dominating the horizon.  Life is good. 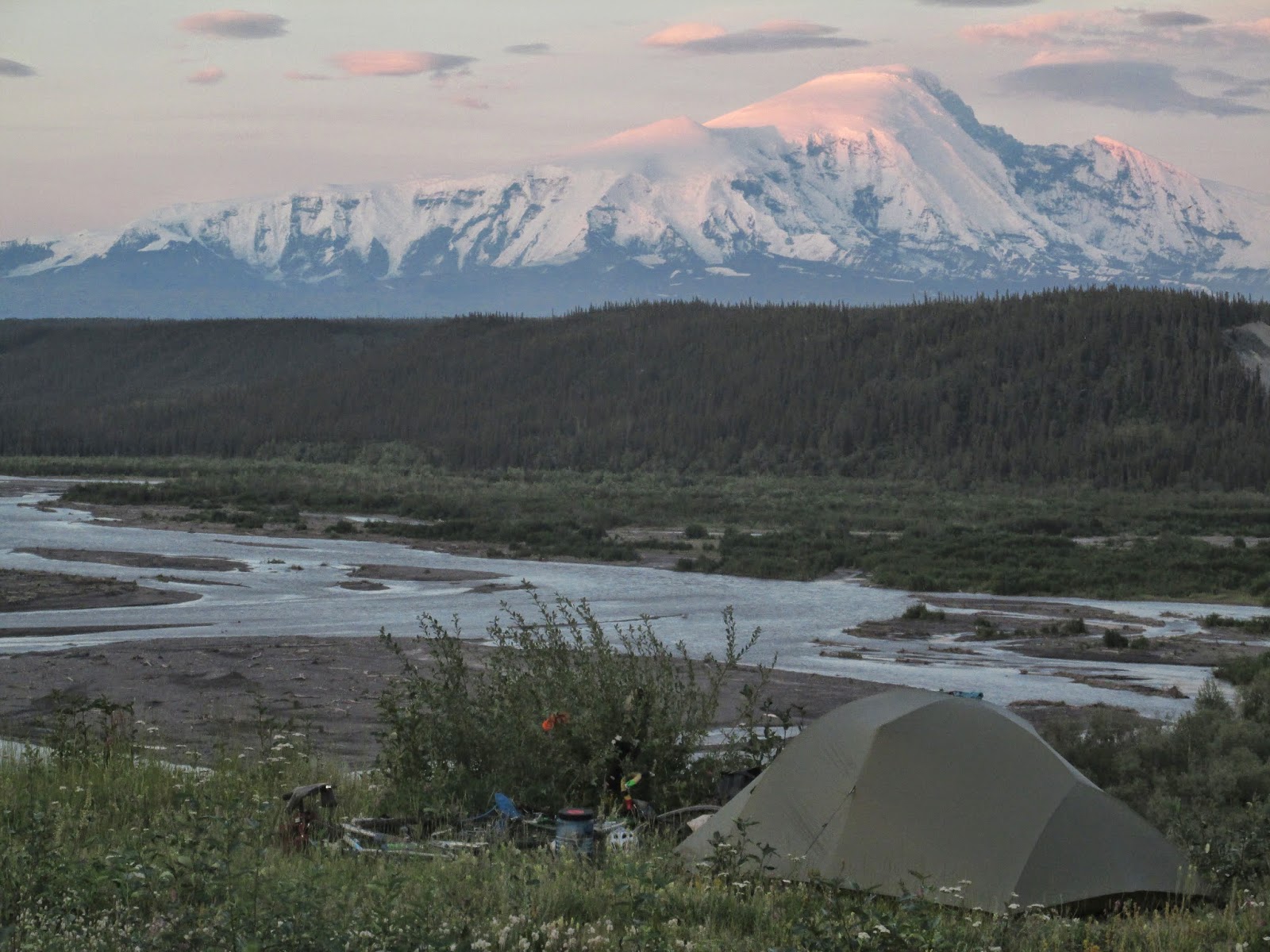