Long day of hiking.  We woke up in the beautiful Polychrome area, and the narrow canyon we were following made for many icy river crossings.  Not fun. 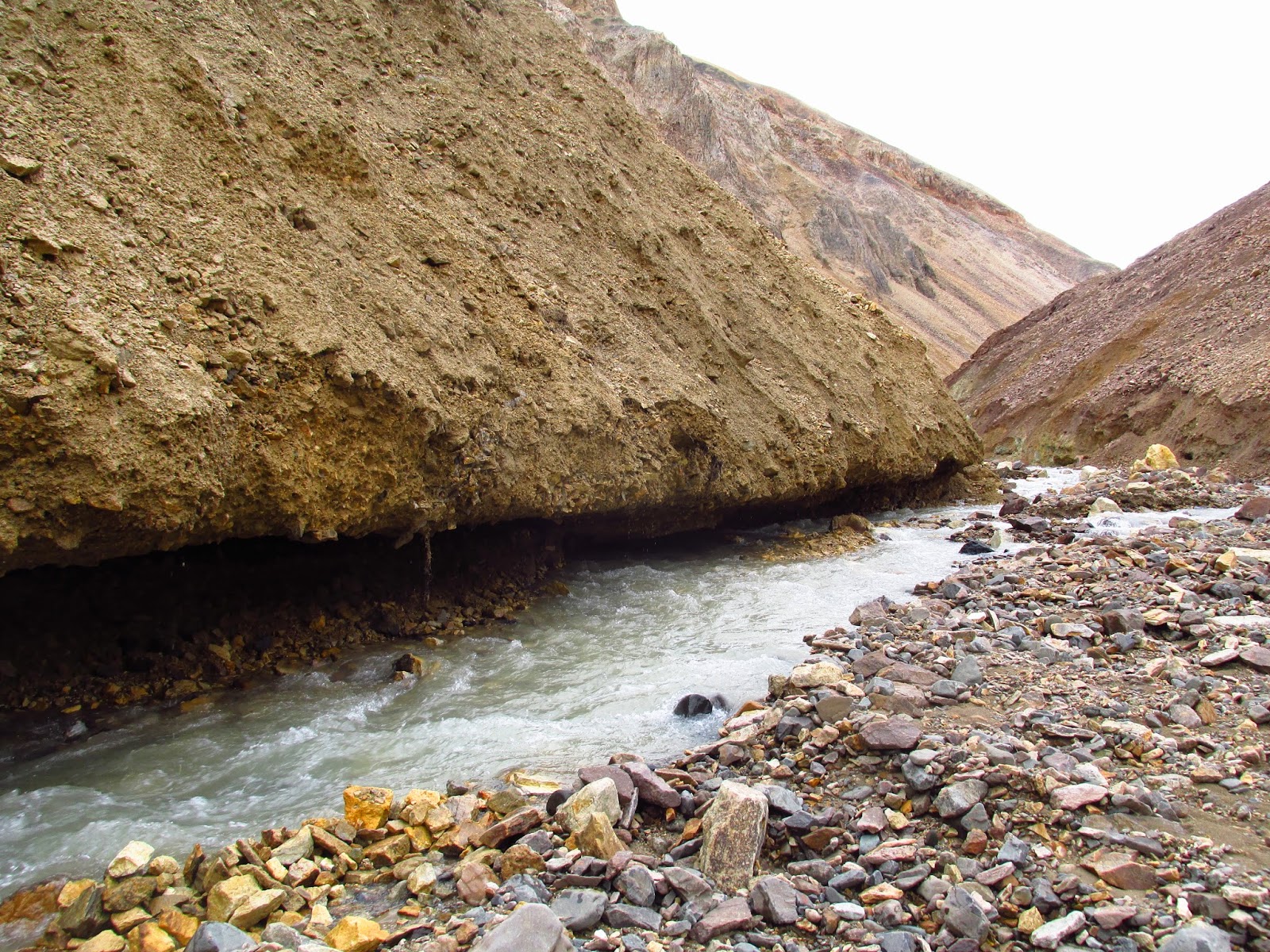 I went up on the ridge above at one point to scout it out, just about causing a landslide, and decided that numb feet was preferable to being buried by rocks.  So we followed the river and then a branch of it to the west.  Because of all the rain the previous few days, little landslides were everywhere.  We stuck to the vegetation on the ridge above the creek and approached the pass after a few hours.  The creek gave way to a marshy meadow at the saddle between two rocky peaks.  Forget-me-nots, incidentally the state flower of Alaska, dotted this verdant meadow with flecks of deep blue, but I was looking beyond.  I think my favorite moments in backpacking and mountaineering are upon gaining a pass or ridge; you approach the top, and when you get close, every step shows a little bit more of the spectacularity on the other side.  This pass revealed, step by step, distant and massive snowy peaks, then closer brown peaks splotched with white, then their green flanks and bare buttresses, then, finally, the world falling away at my feet, a wide, braided river below.  I've seen a lot of views, and this one was among the best. 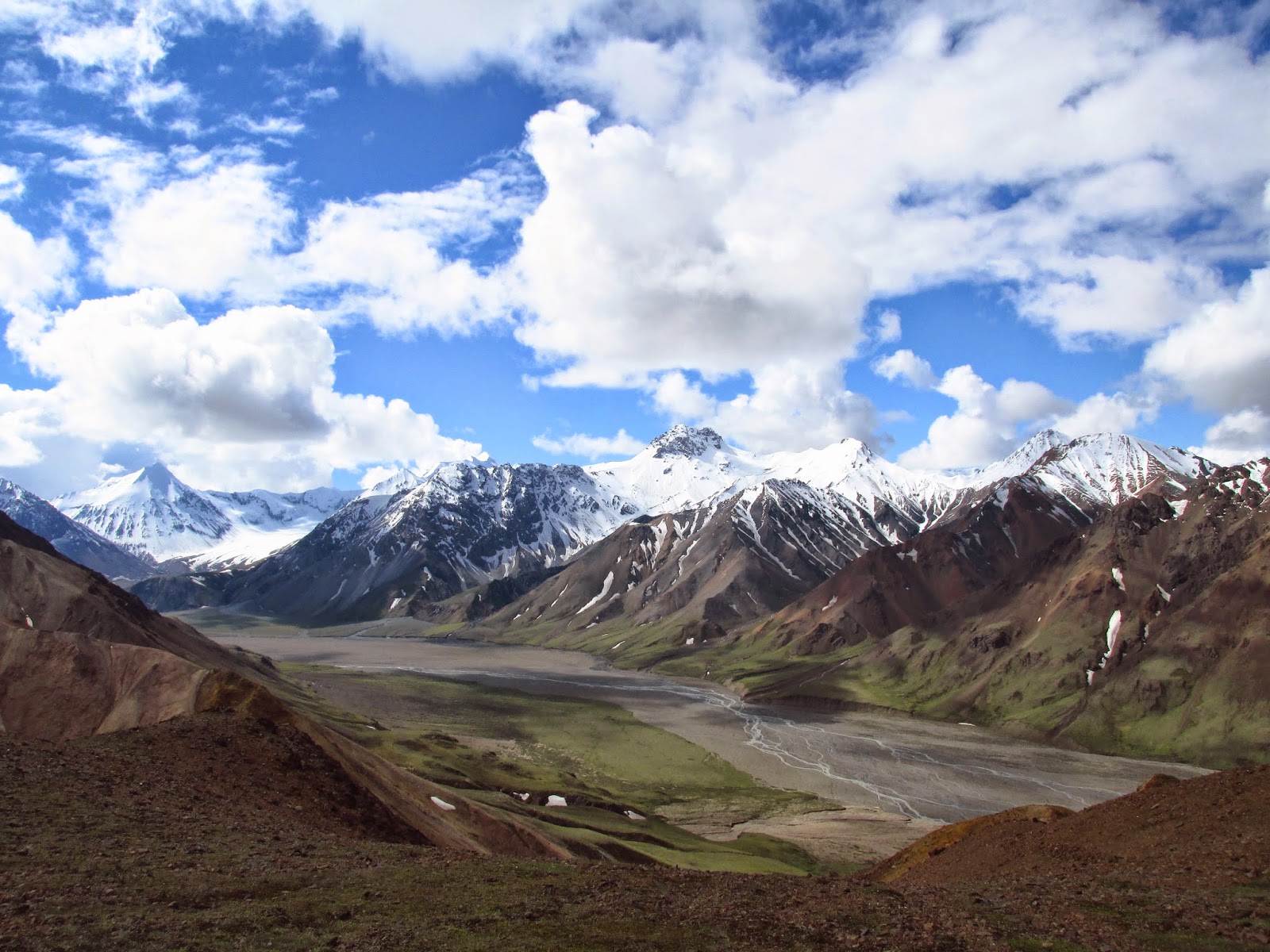 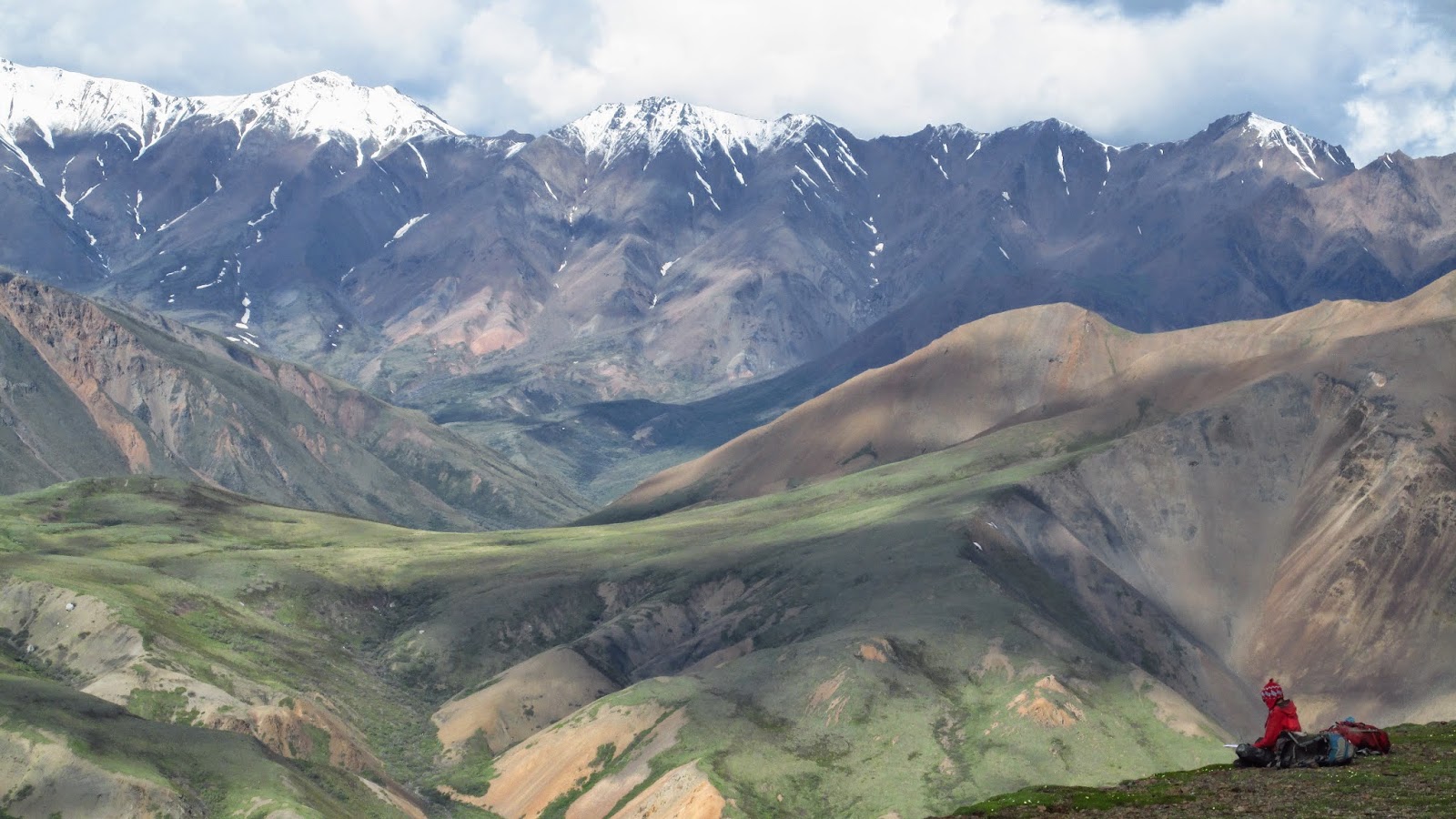 We were apprehensive about crossing the Toklat River below, but the downclimb turned out to be much tougher than the river crossing.  Steep mudsliding with some short sections of near-vertical rock just about sums it up.  We both had some trouble in parts, but we made it through.  The river turned out to be no problem to cross.  Not even knee deep in a nice braided section. 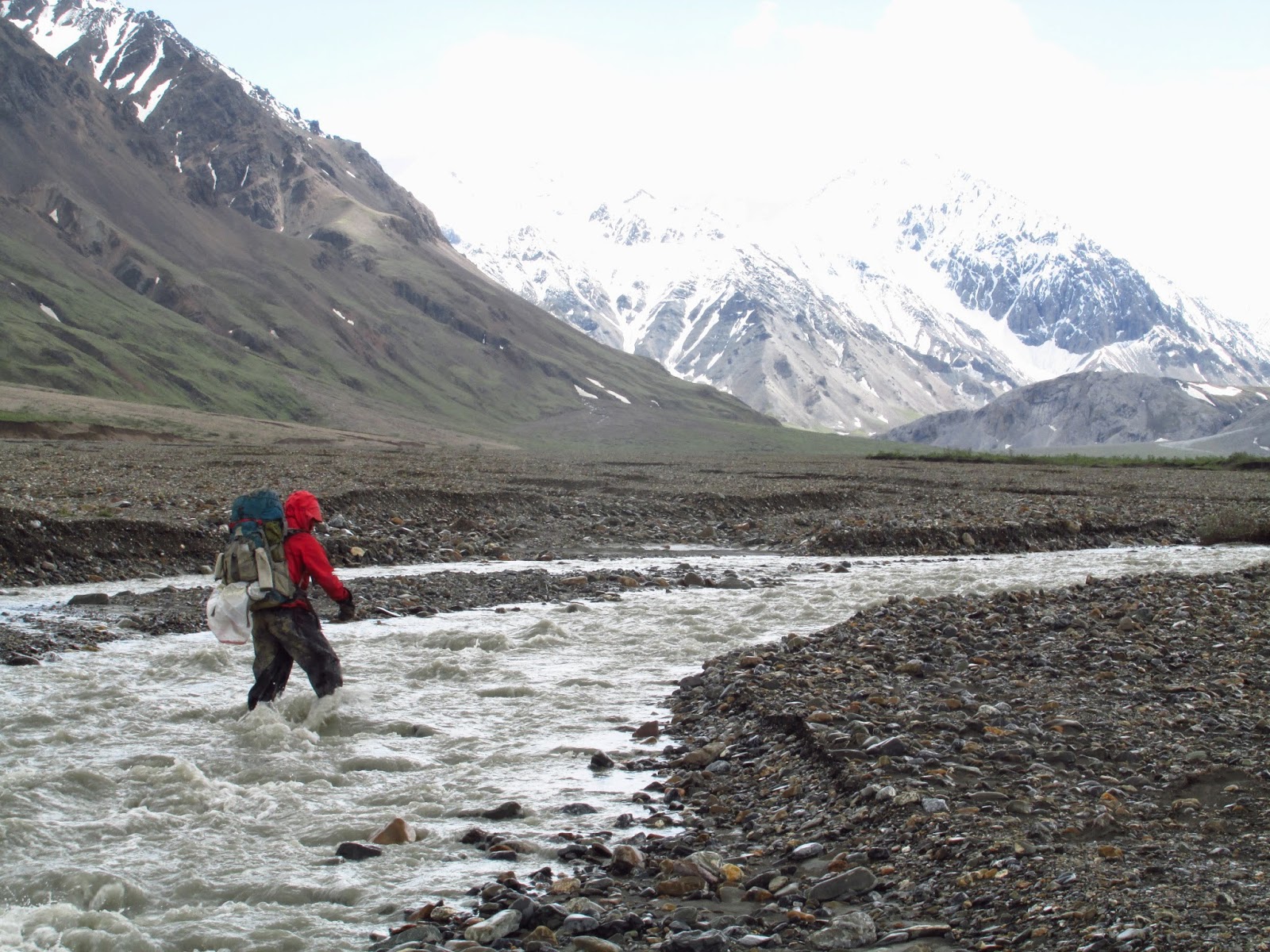 We continued west, ascending and descending a saddle just south of Divide Mountain, seeing some caribou on the way up, then camped along a bigger Toklat River.   Huh?  The Toklat again?  Our maps, sections of the U.S. Geological Survey maps, apparently were created so that the names are somewhat screwy.  The Toklat River that we had crossed turned out to be the smaller, east fork.  We would find out later that this river we're by now is the real thing; we'll cross tomorrow morning. Today was fantastic; no rain, great hiking!  River crossings: 16.  We also today got back on a somewhat normal schedule, waking up around 9 and going to bed before midnight.  I'll be dreaming of all-you-can-eat buffets tonight.
Posted by Danny at 2:14 AM