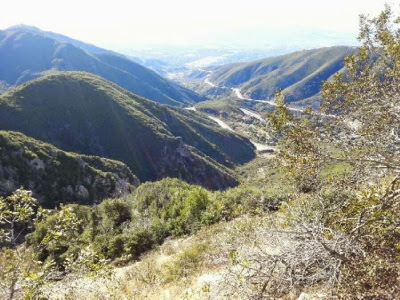 With the time change, we've been getting up these last few days before six and out by 7. Today was different. The phone/alarm clock ran out of battery in the middle of the night, so we didn't have to get up at the crack of dawn. We had a wonderful breakfast -- oatmeal and peanut better is a tasty way to start the day. Thank you, Bill, for hosting us last night. We enjoyed meeting Katy and appreciate all that you did.

It turns out that we weren't leaving that quickly. Danny discovered a flat tire, a problem he'll be having less often once he and Tam get new tires. Getting out of Bill's neighborhood was a lot easier than yesterday's climb to reach his house. (I admit it -- I walked up a few of those monster hills, cleats and all.)

Today we started at 4500 feet and spent most of the day climbing. By the end of the day we reached 6800 feet. I could hardly believe the number of switchbacks! Every time there was a switchback I kept hoping that the road would flatten out. No such luck. The road just kept going up, up, up. I felt like we would reach the sky. We had a few downhills but they were few and far between. 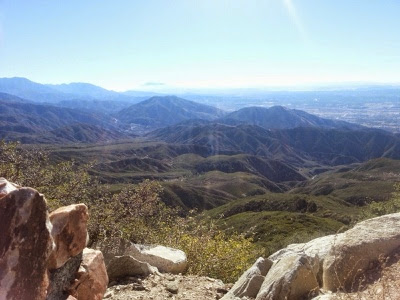 The higher we rode into the mountains, the more spectacular the scenery.  The clear day made it possible for us to see sprawling LA and the entire countryside around it. As we headed east we rode along the Rim of the World Highway in the San Bernardino Mountains and feasted our eyes on the incredible San Gabriel Mountains. No wind today. A definite plus.

Riding around Big Bear Lake in the city of Big Bear was beautiful and a favorite spot of Danny and Tam's. Lots of ducks -- coots, widgeons and buffalo heads -- think  so too. Danny and Tam were easily able to identify them. 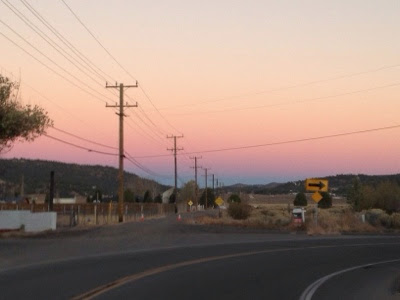 Today was a total of 50 miles with thirty of them spent climbing. We arrived at friends of Tam's and Danny's and enjoyed the tortillas and salsa that Tam whipped up plus pizza that we ordered in. Right now they're playing Pandemic, a board game, and I'm contemplating bed.